Journalist and writer from İzmir, founder and director of the weekly newspaper La Esperanza (1871), which from the following year was renamed La Buena Esperanza and was one of the oldest in Smyrna (1872-1922); The publication had as collaborators Elias Ardity, Nissim Cardoso, Abraham Danon, Abraham Galante or Yaakov Algranati, among others.

The title La Buena Esperanza coincides with that of the first newspaper that Refael Uziel, a pioneer of the Sephardic press in Izmir, tried to publish without success.

A descendant of a well-known family of rabbis, Aharon de Yosef Hazan combined an attitude of religious respect with an innovative attitude towards education as an instrument of modernization of Sephardic society. For 50 years he taught Turkish language in the Smyrna Talmud Torah and later in the Alliance Israelite Universelle. He founded public organizations, such as the League of Country and Solidarity, for learning Turkish, the charity Ozer Dalim, etc.

He also wrote novels and plays, and adapted others from Western literature, especially French. Among his works are The Abandoned Boy or The Eliezer Boy (Smyrna 1877), which has been said to be the first novel in Judeo-Spanish; Don Salomon Abravanel; Radhel in the convent (which is an adaptation of Diderot’s work The Religious), etc. He also wrote Jewish-themed theater: Moïse, Esther, and The Demands of Pesach.

He was a correspondent for Ángel Pulido, to whom he confessed his concern for the language of his community, ‘corrupted language’, and his desire to re-Hispanicize Judeo-Spanish. 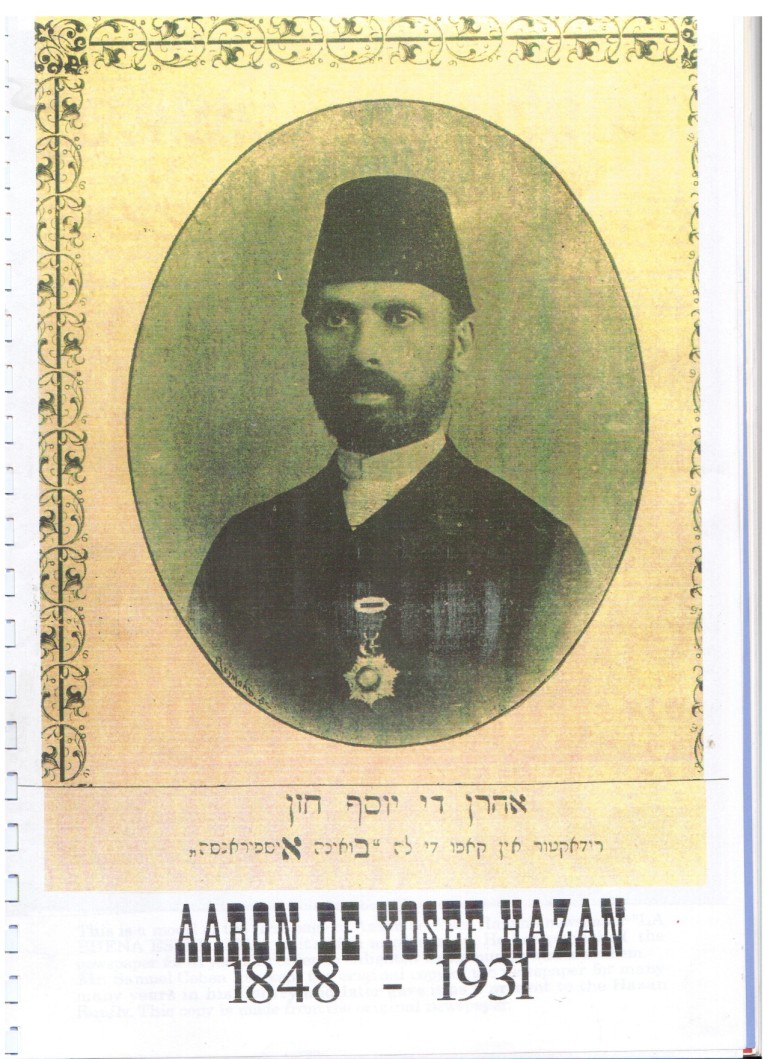